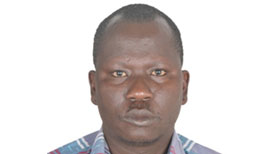 The project aims to contribute to the study of dynamic discourse coalition (Metze and Dodge 2016) building on Hajer’s notion of discourse coalition (Hajer 1995). It is claimed that the role of discourse in shaping local agency in resource extractive fields, in casu in the region of Northern Uganda, has received limited attention. The region of Northern Uganda is described as characterized by discursive struggle and field dynamics concerning landownership, which is embedded in a broader field of wildlife, agriculture, water and, recently, the development in oil and gas sector development. This presents a serious challenge to a sustainability agenda.